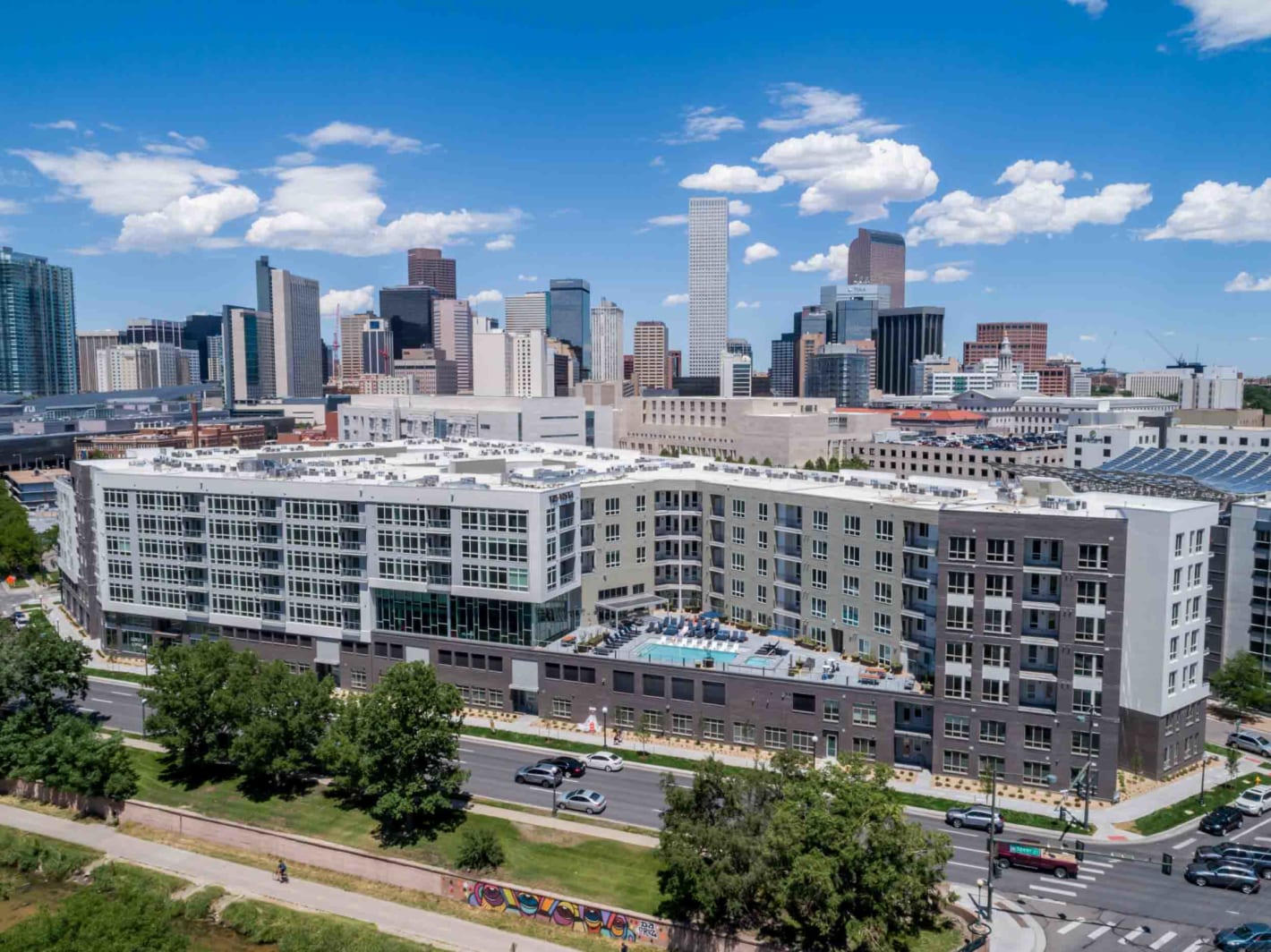 The seven-story apartment complex at 1350 Speer Blvd., began leasing in May 2019.

A Toronto-based investment company has purchased a recently opened apartment complex in the Golden Triangle.

Manulife Investment Management purchased TriVista on Speer for $144.5 million on behalf of a third-party managed account, it announced Monday.

The property, which sits on about 2.3 acres, was sold by the developers, a joint venture between Legacy Partners and USAA Real Estate. They paid $17.5 million for the land in February 2016, records show.

Construction on TriVista on Speer broke ground in February 2017. It was designed by KTGY Architecture and has 448 parking spaces, a two-level fitness center, a pool and rooftop lounge.

Manulife Investment Management develops and manages commercial real estate in the U.S., Canada and Asia. It is the wealth and asset management branch of its parent company Manulife Financial Corp.