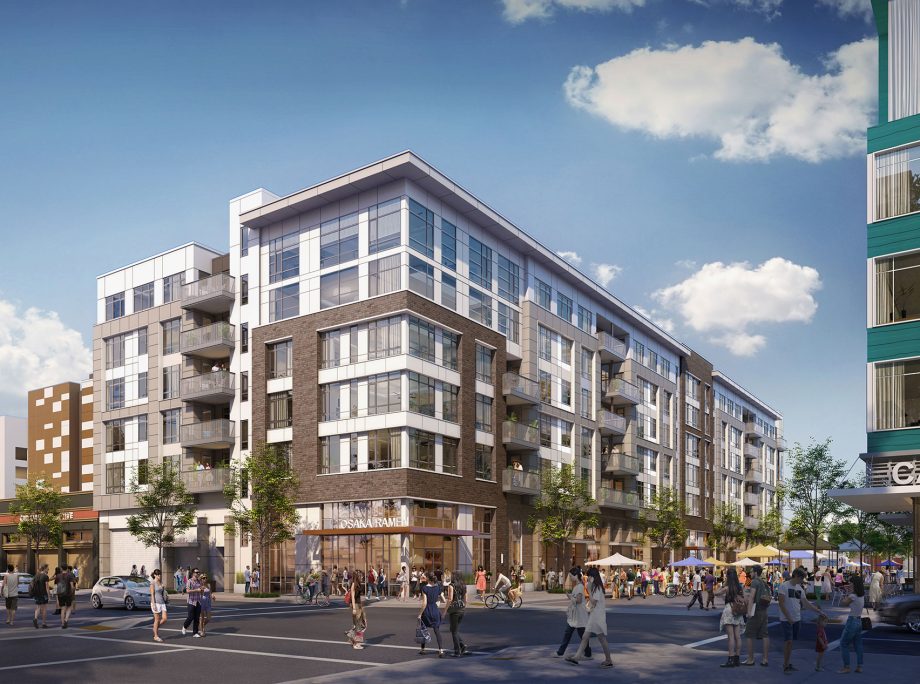 Another huge apartment building is kicking off leasing in Oakland. More than three dozen renters have pre-leased homes in the Alexan Webster, a 234-unit building at 2330 Webster St., with move-ins starting in November.

“Alexan Webster is the answer to that common question, ‘Do we pick Uptown or Lake Merritt?,’” said Jonathan Figone, regional portfolio manager for Legacy Partners, which will manage the Alexan. “This exciting new community is the best of both worlds. You can walk to the 19th Street BART Station, the Hive, the Paramount and Fox theaters, Lake Merritt, Whole Foods, award-winning restaurants, bars and cafes, and multiple coworking spaces in and around downtown Oakland.”

Future residents will have access to amenities including a pool, gym, business center, rooftop lounge, bicycle repair shop and a pet spa.

Across the street from the Alexan, developer Wood Partners is leasing up Alta Waverly, a project that was delayed by a construction fire in 2017.
Last fall, the Martin Group opened up The Broadway, a 423-unit development on the site of a former Chevy dealership.

“We’re excited to introduce Alexan Webster to this vibrant part of Oakland,” said Stephanie Hill, vice president at Trammell Crow Residential, in a statement. “The neighborhood really speaks for itself, offering residents a long list of social and recreational options.”