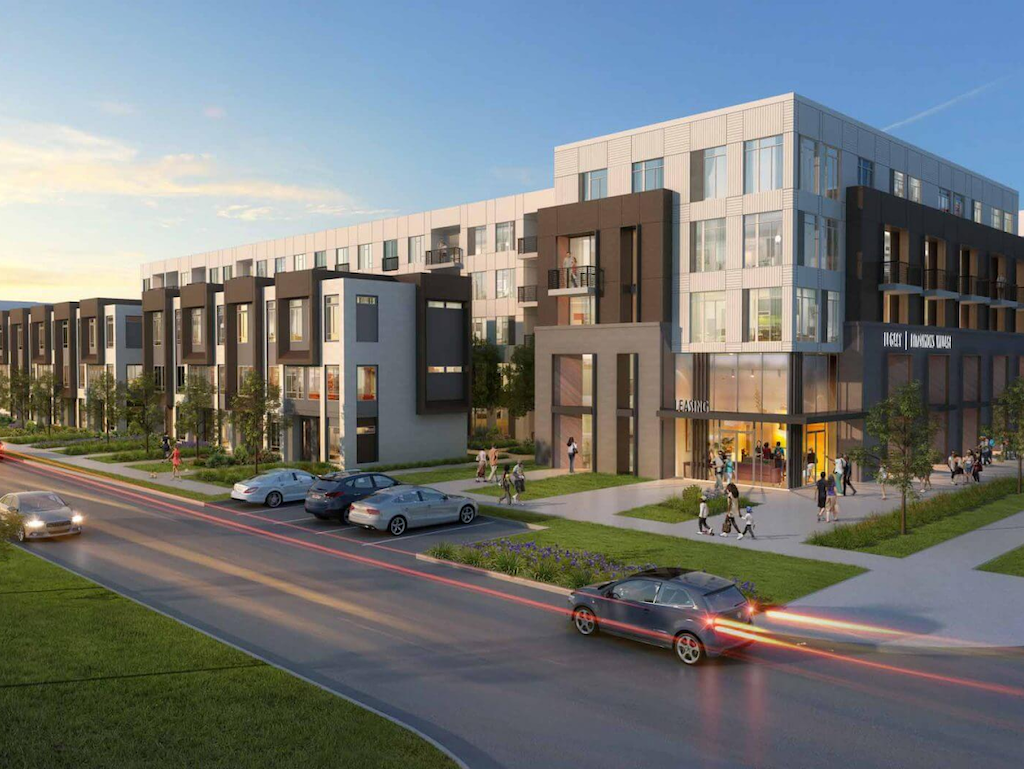 Located across the street from the Fitzsimons Innovation Community in Aurora, Colo., the property comprises 118 residential units.

Legacy Partners, together with joint venture partner Griffin Capital, has opened the first phase of the 363-unit Legacy at Fitz community in Aurora, Colo. The first residents are expected to move in at the beginning of the month.

Located at 1363 N. Victor St., Phase I of Legacy at Fitz consists of a five-story, 109-unit building and two townhouses with a total of nine three-bedroom units. Designed by Davis Partnership, the community features floorplans ranging from 564 to 1,667 square feet.

Legacy at Fritz is situated across the street from the former Fitzsimons Army Medical Center, which was decommissioned in the 1990s to develop the current Fitzsimons Innovation Community, the University of Colorado Anschutz Medical Campus and additional facilities. The multifamily community is just minutes from Denver International Airport and half a mile from a light rail station. The Rocky Mountains, Denver Tech Center and downtown Denver are also easily accessible from the property, which will be managed by Legacy.

The second phase of the project is due to open in early November. The 245-unit development will include two courtyards, a pool and spa, a two-story fitness center with yoga room and an observation deck on the fifth story. Community amenities also feature a clubhouse with a fully functional kitchen, billiards table, a private video game room and a private dining room. Additionally, the property will have a furnished and configured Maker Room, which residents can use to create arts and crafts.

The joint venture broke ground on the development in August 2019. One year later, the property was subject to a three-year construction loan of $58.8 million, originated by Regions Bank.

Legacy is currently involved in another development project, along with capital partner DWS Group. Last year, the company paid $16.7 million for a 4-acre site in Santa Ana, Calif. for a five-story building with 226 residential units. The project is slated for completion in 2023.