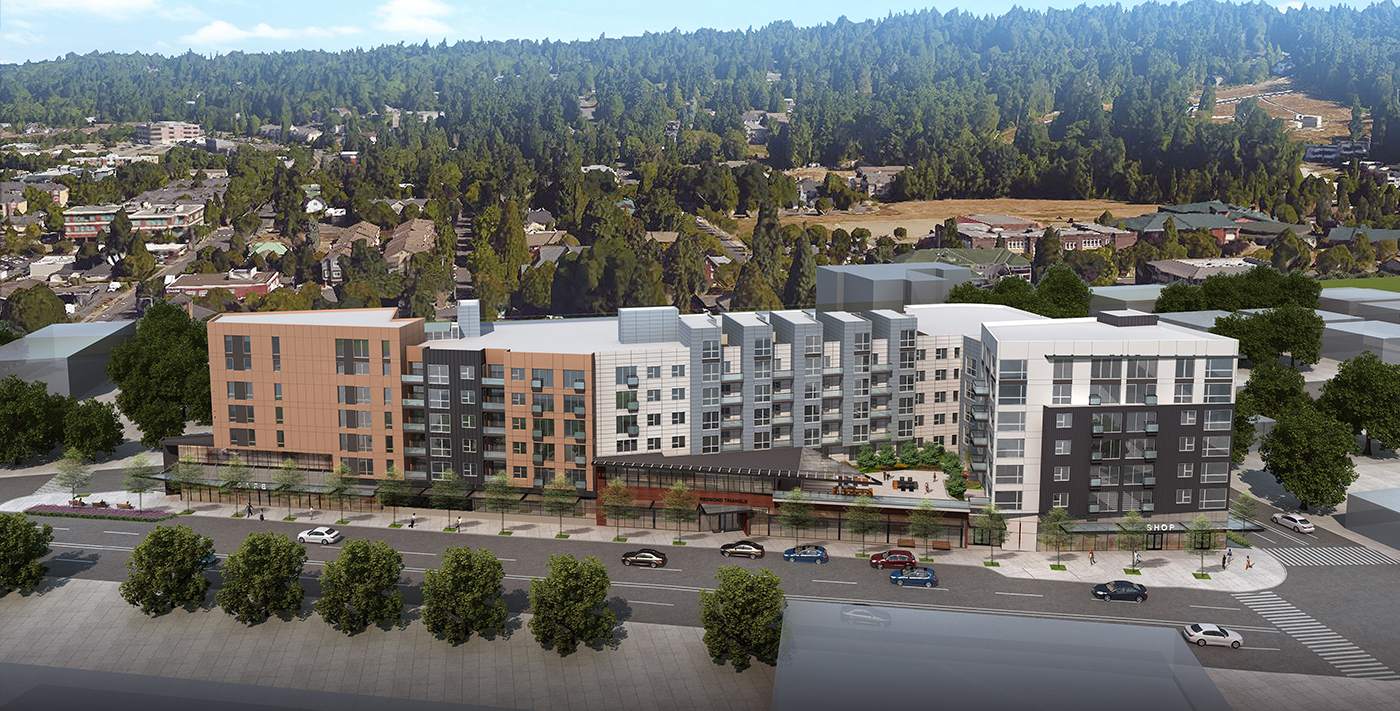 What do you name an apartment building if it’s on a triangular lot?

How about Triangle? That’s what Legacy Partners is calling the 195-unit mixed-use building that it recently started at the intersection of Redmond Way, 166th Avenue Northeast and Northeast 79th Street.

Legacy formed a joint venture for the project with Barings Real Estate Advisers, who is acting on behalf of an institutional investor.

Tiscareno Associates designed Triangle with materials that are similar to those found in nearby buildings, such as glass and steel.

Triangle is part of the city’s Downtown Couplet Conversion Project, which aims to create a more user-friendly downtown for cars, bikes and pedestrians by converting Redmond Way and Cleveland Street to two-way streets and enhancing the thoroughfare.

The property is between Old Town and Anderson Park, and a few blocks from Redmond Town Center. A future light rail station will be three blocks away.

“In close collaboration with our in-house research group, we have identified downtown Redmond as a dynamic and evolving submarket due to continued local job growth,” said John Kennedy, managing director at Barings, in a news release.

Triangle will be Legacy’s third project in Redmond: it opened the 177-unit Milehouse in October 2015 and the 319-unit Riverpark in 2009.