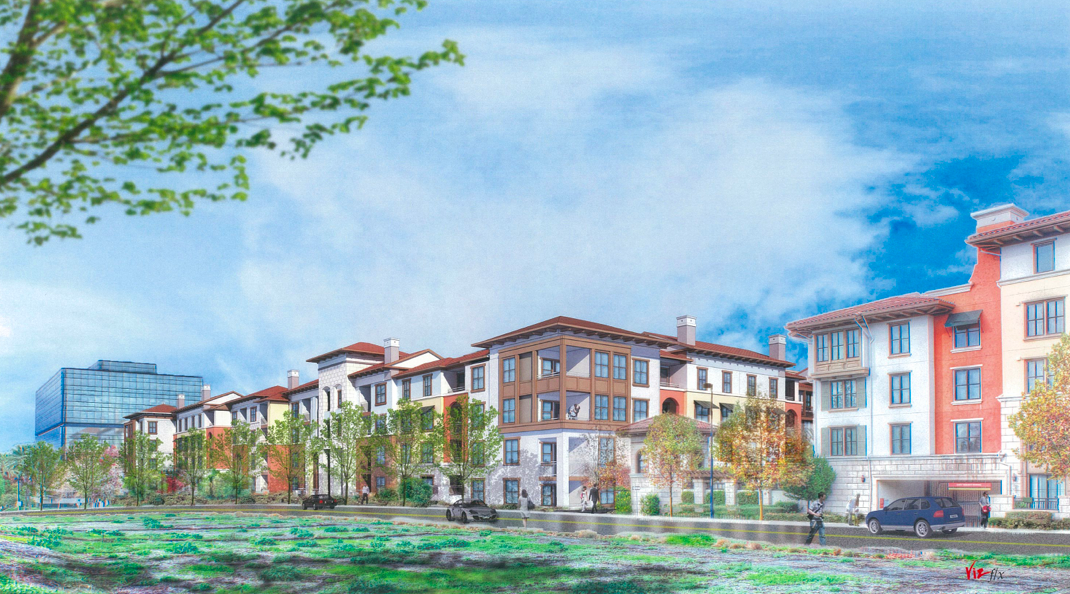 The two companies broke ground on the second phase of Renaissance Square, an apartment community in Concord, Calif.

Common amenities at Renaissance Square phase I include a community room with kitchen, conference room, fitness center, pool and spa with outdoor lounge and grilling areas. The second phase will share these amenities and add a new leasing office, clubhouse, wine bar and demonstration kitchen.

The property is in Concord, a city in Contra Costa County with a population of about 122,000, making it the eighth largest city in the San Francisco Bay Area, according to the Census Bureau. With the Concord BART station within walking distance, the property count as TOD, offering transit to the greater Bay Area.

The architects on the projects are Danielian Associates and Architects Orange. The general contractor is Johnstone Moyer Inc. San Francisco-based Legacy Partners has a national scope, having developed nearly 60,000 apartment units all together nationwide. SyRES Properties is a real estate investment management firm.